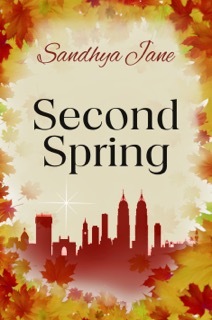 As a smart, successful, thirty-eight-year-old single mother, Avantika seemingly has it all: a great career as a seasoned banking professional, respect and admiration from her peers as an able leader, fulfillment as a mother, and so many other things.

What is it, then, that drives her towards Rohan, a man six years her junior? He’s a man who ideally would not occupy much room in Avantika’s otherwise sorted mind space.

She has told herself she has no time for love. Then, why does she make the choices she makes? Is it the sameness and banality of everyday existence? Is it the emotional vacuum? A need to relive life? A feeling that life as she has truly lived and felt is passing her by?

However, as she struggles with her feelings, Avantika and Rohan part ways… only to meet again. To what end? Why does Rohan want her back… and why now?

So many questions! Very few answers!

Avantika’s journey is as spiritual as it is emotional. Can love give second chances? Join Avantika in the twists and turns of her story, through her ponderings over the mysteries and vagaries of the word “love,” the complexities of human relationships, and the reassessment of all the values she has held dear…

Second Spring by Sandhya Jane is a breathtakingly beautiful story of Avantika and Rohan. Avantika is a smart and successful woman, high up at the corporate ladder. Along with being a successful leader, she is also a successful single mother to her 5-year old son Aarav. Avantika and Aarav live with a few of Avantika’s aunties in a plush flat in Mumbai. Aarav is taken care of by their maid Baku who is now closer to the family, having proven her loyalty and honesty over the years. They are leading a happy life, oblivious of the need of any third person in their lives, until Avantika meets Rohan.

Their first encounter is on the Mumbai-Pune expressway, caught in an argument between Avantika’s car driver and Rohan’s friend, who was driving the two-wheeler. Having avoided the other, each had the other’s thoughts lingering in their heads before they met the next day at the same meeting for which Avantika had been travelling. Turned out Rohan was an employee of Avantika’s client and they had to work in close proximity for the next month after which he disappears from her life for quite some time only to come back again, subtly requesting for a job position in the company where Avantika works. She puts his skills and determination to test and is impressed with his dedication. She soon offers him a job in her own team and they are now required to spend a major chunk of their day together.

Having fallen for each other at the very beginning, both are apprehensive of expressing their feelings, Rohan more than Avantika. He holds back his feelings with great perseverance and even distances himself from her as and when required. The ambiguity in his nature – sometimes jovial and sometimes cold -puts Avantika off. She pulls herself together and realizes that she should stop behaving like a teenager who has fallen in love for the first time. However, on one of their business trips, Rohan and Avantika shed their inhibitions and openly express their feelings towards each other. But just as this happens, Rohan is required to leave Avantika for the good.

Years pass by, Avantika copes up with the betrayal, still loving Rohan from the deepest pit of her heart. She moves to Missouri, leaving behind all her memories in India and finds a great friend in Steve. Meanwhile, the reason why Rohan had to leave Avantika turns out to be the biggest regret of his life. Do they have a chance together? Will Avantika forgive him for hurting her in an irreparable manner? Why did he even hurt her in the first place! The narration is bound to leave you with questions throughout the book. This contemporary romance will not fail to impress you and make you feel like falling in love, maybe all over again!

The story seemed a little dragged or slow-paced at certain points. The climax was like a whiff of air – abrupt, sudden and unexpected; it could have been made more elaborate and interesting to cater to the thoughts of the readers.

The highlight of the book is its narration style – simple yet unique. The story has been narrated from the points of view of both the protagonists which isn’t everyone’s cup of tea. The experiment could have failed miserably had there been any ambiguity in the narration. Sandhya pulled it off amazingly well. The characters have been crafted to perfection, adding their bit to the story just right. The plot, although complex because of the often switch in locations, has been portrayed in a very simple manner for the readers to be able to gauge the exact situation of the story. Perfect grammar and amazing use of vocabulary – I myself learnt a few new words 🙂 The constant on and off in Avantika & Rohan’s relation is something that will keep the reader hooked on to the book till the very end, wondering what state the relationship will end up in!

P.S. Please RATE the post. Hover on the stars and mark it. Feedback is important. 🙂

Click here to read Sandhya Jane’s interview by me.

Contact Madhuri for your author interview and getting your book reviewed / edited: writermadhuri@gmail.com

I am a Computer Engineer working with a prominent firm. Writing is my passion and likewise I love reading novels and reviewing them. Want to get your novel reviewed? Feel free to contact me at writermadhuri@gmail.com or on https://www.goodreads.com/madhurivarma Follow on FB- www.facebook.com/madhurivarmatheauthor Happy reading! Keep smiling! ;) View All Posts

Next up for review-